The 2-1/2 story frame house was built in 1716 by Samuel "Drummer" Stetson and was occupied by the Stetson family until at least the 1860s. During the 19th century, the family opened the house for religious services after the church burned down.

Located in the Common room, there is a large fireplace (one of six in the house) and a Yule log that was lit for good luck on Christmas but was never allowed to burn all the way. At the church, if you fell asleep a person would tickle you with a feather attached to a tithing rod. It was above the fireplace. A grandfather clock made by John Bailey and given to the Stetson house was too big to fit in the house so they had to cut a depression in the floor. The mother Stetson sometimes baked pies in the deep oven and at about 4:00 pm called the children to supper.

People donated furniture to the music room. There is also a portrait of John Barstow and his wife Betsy Ellen. Four front windows have special glass, each with 24 panes. The dining room is not used often, only on special occasions like Christmas or Thanksgiving.

The doors between the rooms were made crooked on purpose so that they would close by themselves and not let the heat out. Most of the rooms were not heated and foot warmers were used in the winter.

The house was listed on the National Register of Historic Places in 1979, and included in the Hanover Center Historic District in 1996. 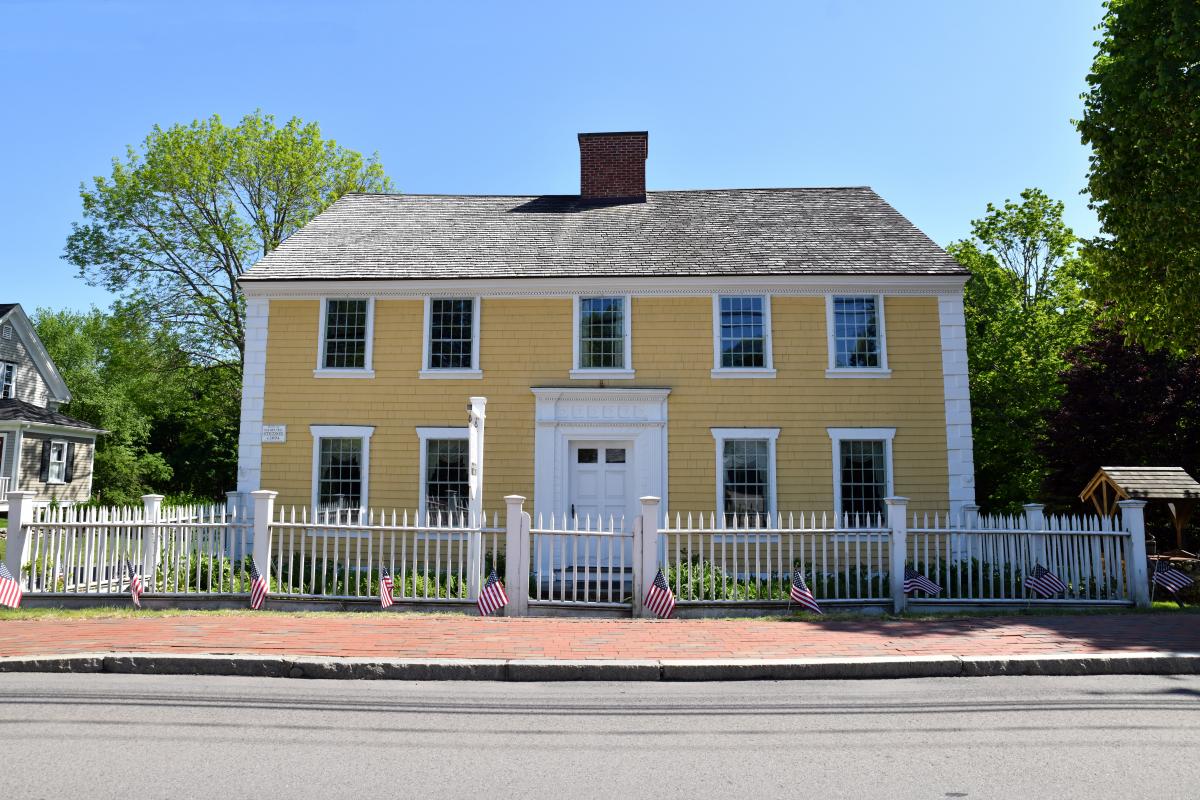 The Stetson House is open for tours and research on Wednesdays from 2:00 to 4:00 pm.  Research material from Historical Society files is available and tours arranged.